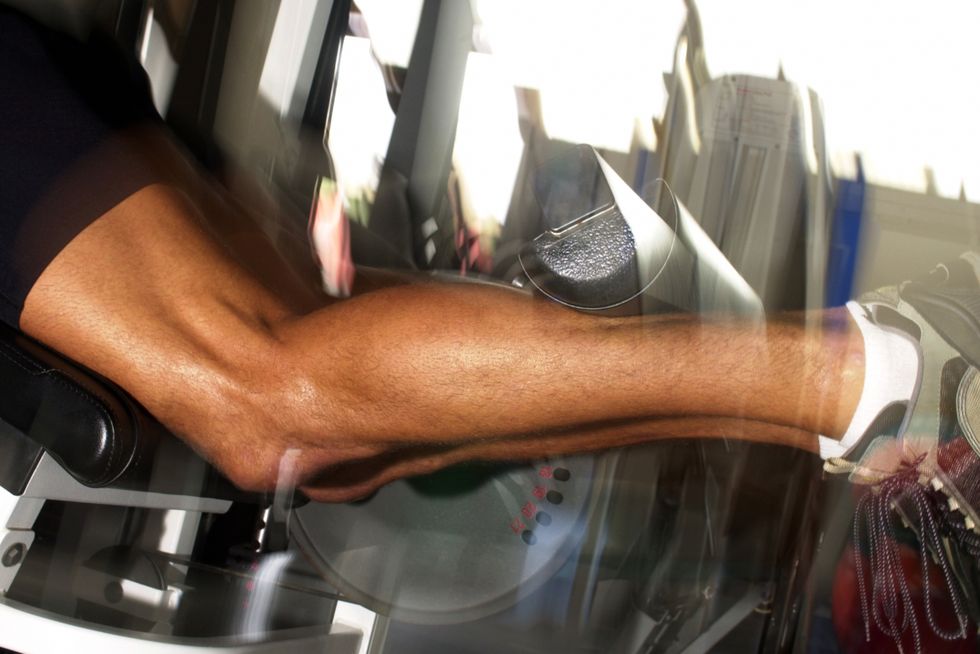 YouTuber Matt Morsia, better known to his subscribers as MattDoesFitness, has had to adapt his training in a major way this year following a complete rupture of the Achilles tendon in his left leg. In a recent video update, Matt reflected on his recovery from the injury, specifically on his efforts to rebuild his calves after he rapidly lost muscle mass post-surgery.

For the first stage, he was limited to some very minor resistance exercises, including banded ankle flexion, dorsal flexion, inversion and isometric work. “If that sounds boring as f***, it’s because it was,” says Matt. “Spending an hour every single day for two months moving my foot around against an elastic band was far from ideal.”

Once he was able to walk without crutches, that provided some additional stimulus to Matt’s lower body, and at six weeks, once he ditched the boot entirely, he was able to start training his calves properly. “By this point my left calf had literally disintegrated,” he says, “so to be able to actually put some load on it was an amazing feeling.”

“I’m pretty happy,” he says. “Bear in mind, I haven’t been training specifically to build mass, it’s more like rehab-style stuff, the first two months of the process was very light banded stuff, so obviously that was more damage limitation, trying to hang onto the muscle I had rather than build new tissue. It’s only really the last month, six weeks that I’ve been able to train calves to an extent that I can actually build them up.”

Moving forward, Matt and his physical therapist are planning to amp up the intensity of his lower body workouts and focus more on growing muscle in order to achieve the goal that he has had in mind ever since the rupture: “I want to build the biggest, strongest calves the world had ever seen, and ensure the injury never happened again.”

Philip Ellis is a freelance writer and journalist from the United Kingdom covering pop culture, relationships and LGBTQ+ issues. His work has appeared in GQ, Teen Vogue, Man Repeller and MTV.